New York City during the winter, especially during Christmas time, can be really magical.

Morgan and Rob, for their engagement session, chose to do their photos in the West Village because they had shared their first apartment together there. From Washington Square Park to their favorite coffee shop, there were lots of memories made there that they wanted to memorialize through their engagement photos.

Washington Square Park was a great place to start, and since it was bright and early at the crack of dawn, we had it all to ourselves. (Well, it was also like 30 degrees outside. So who else would be crazy enough to be out there? Ha!)

The Christmas tree lit up the background of the photos that we took in Washington Square Park, which was a festive reminder of the season.

Next, we went together to one of their favorite old coffee shops in the West Village. Engagement sessions are the best when they commemorate previous memories from your relationship. This coffee shop embodied a past habit of Morgan and Rob, and it was so sweet to be able to get photos of them cuddled up inside.

Engagement sessions are also the best when they have some variety in location. So we didn’t stop there! Next we traveled around the streets of the West Village. Like I said, NYC is at its best, in my opinion, during the Christmas season.

The West Village was festively decorated, but a little less overtly “Christmas-y” than Washington Square Park with the Christmas tree in the background. This lent itself well to getting a photo for Morgan & Rob’s save the date cards.

The West Village of NYC is beautiful at all times of year, from its quaint shops to treelined streets to the orange/red tone from all the brick and old construction. It’s one of the best places in NYC to take engagement photos!

We finished up at a crosswalk with a view of the Freedom Tower in the background. How NYC of us 😉 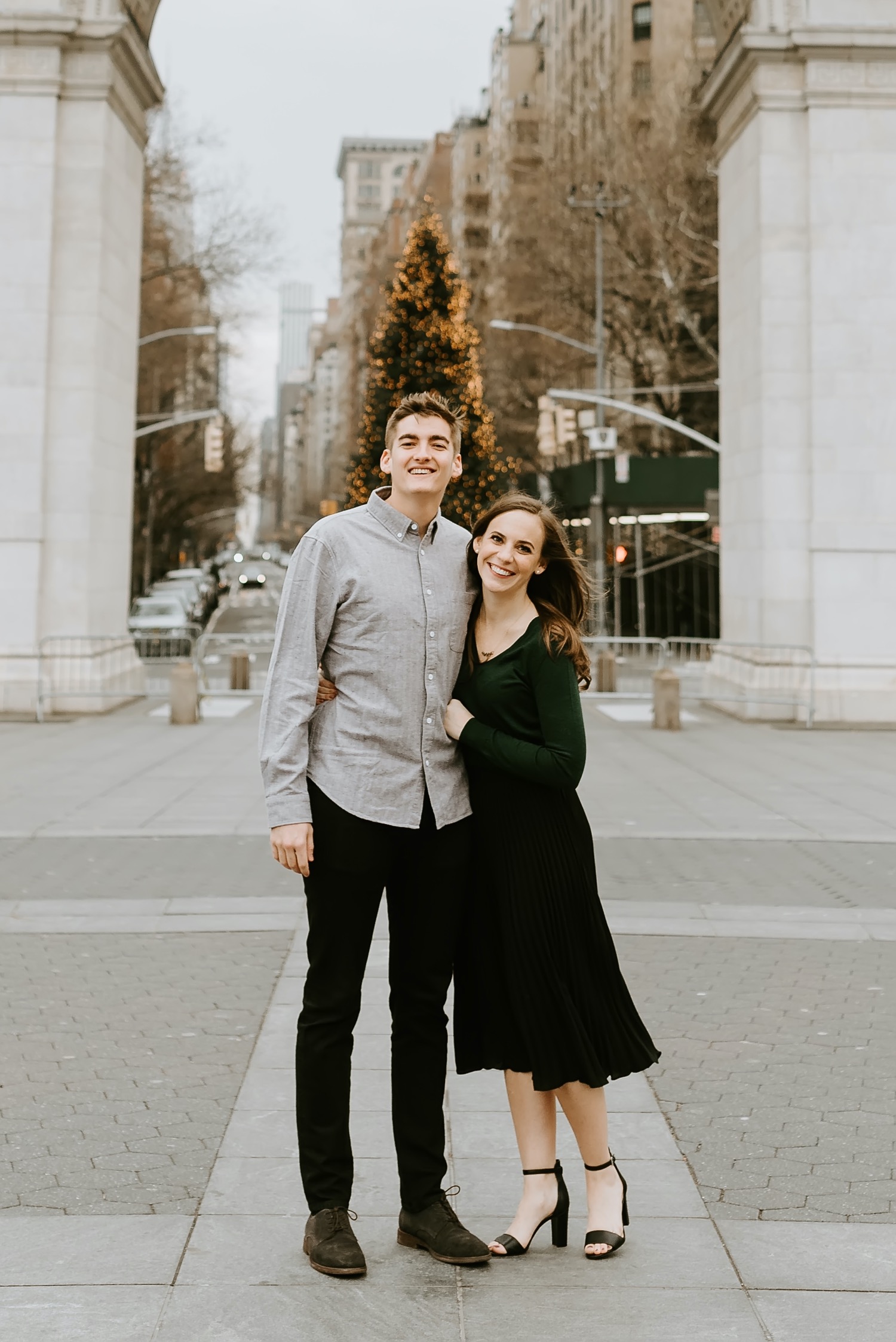 « How to Get Married in NYC During COVID